American Pianists Association CEO/President and Artistic Director, Dr. Joel Harrison, retired July 31 after nearly 21 years with the organization. In interviews with the Indianapolis Star, NUVO and International Arts Manager, Joel reflected on this time. Those interviews have been combined below: 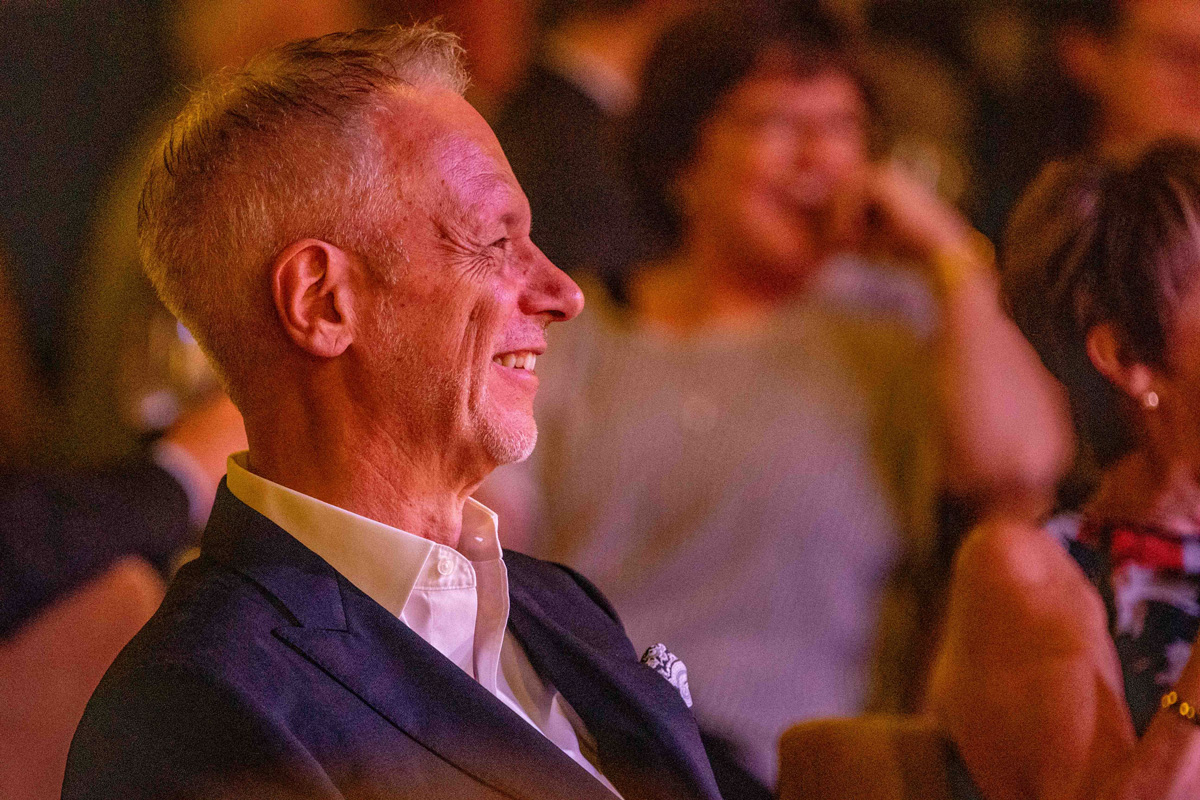 I wanted to be a university professor, imparting the art to the next generation, sharing knowledge and mentoring students. I love music, have always been attracted to piano, and was playing long before I had formal lessons. I loved my life as a professor – teaching and performing – but after a couple of decades, I came to realize that maybe there was something else, something where I could have a larger voice and make things happen on a bigger scale. And along came APA: perfect timing, perfect job. All the things that were important to me as a professor are still important to me now, just on a bigger scale.

I knew some of the people involved at APA and had presented APA pianists in a festival I produced. When my immediate artistic director predecessor David Pocock accepted another position, he contacted me to ask if I would be interested. I said yes, and I have never looked back!

Early in my tenure, I was asked to be a cultural ambassador through the U.S. Department of State. Together with both jazz and classical winners, we toured under the auspices of the State Department in Europe, Northern Africa, Southeast Asia, the Caucasus, and the Middle East over several years. On one occasion, I was gone for nearly seven weeks, covering much of the Middle East. Incredible and magical experience! Another “best moment” was receiving a $ 5 million contribution to our Comprehensive Campaign from the Lilly Endowment, ultimately pushing us to exceed our goal of $10 million and achieve over $12 million. After the announcement from Lilly (in person) I went to my car and cried, knowing our financial future was secure and a longed-for goal had been achieved.

Leading the APA really has been a wonderful experience. To speak on a daily basis with major emerging talent, while being surrounded by people who want to support all that…well, it just does not get better.

What will I miss the most after I retire? I will miss the ongoing interaction with the nominees and finalists for the awards, both jazz and classical. I love that side of things. Hanging out with these brilliant pianists over two decades, talking to them, hearing them play – it has almost been like a second doctorate!

My nearly 21 years at APA and in Indianapolis have brought much joy. I believe I have been in the perfect place in every respect and feel immensely lucky. I am grateful to all of our pianists, from whom I have learned much. And grateful to all our supporters, whose generosity has been without peer. It just could not have been better!

This summer to celebrate his years of service, Board Chair Jean Richcreek and former Board Chair Steve Lyman and his wife Connie greeted approximately 70 guests at The Cabaret in Indianapolis for cocktails, dinner, remarks from staff and Board members, and a special presentation of a signed Chihuly “Hyacinth basket” sculpture to Dr. Harrison. Following are pictures of the event (scroll sideways to view):