Salvant is “the most heralded jazz singer of our age,” according to longtime New York Times and NPR critic Nate Chinen in a review of her latest ablum, "Ghost Song." To wit, in addition to her Grammy Awards, Salvant won the Thelonious Monk competition in 2010 and was awarded the MacArthur Fellowship and the Doris Duke Artist Award in 2020.

Born and raised in Miami, Florida, of a French mother and Haitian father, she started classical piano studies at 5, sang in a children’s choir at 8, and started classical voice lessons as a teenager. She received a bachelor’s in French law from the Université Pierre-Mendes France in Grenoble while also studying baroque music and jazz at the Darius Milhaud Music Conservatory in Aix-en-Provence, France.

Salvant won the Thelonious Monk competition at age 21, which, as with the American Pianists Awards, provided her the opportunity to work with Mack Avenue Records. That spurred a collaboration with 2011 American Pianists Awards winner Aaron Diehl that began with her 2013 release “WomanChild” and continues today. Since then she has received Grammy Awards for Best Jazz Vocal Album for her 3 latest albums, “The Window,” “Dreams and Daggers,” and “For One To Love.” She has performed and toured with Awards winners Adam Birnbaum (2004), Dan Tepfer (2007).

Over the last couple of years she has developed a deep professional and personal connection with Sullivan Fortner (2015). 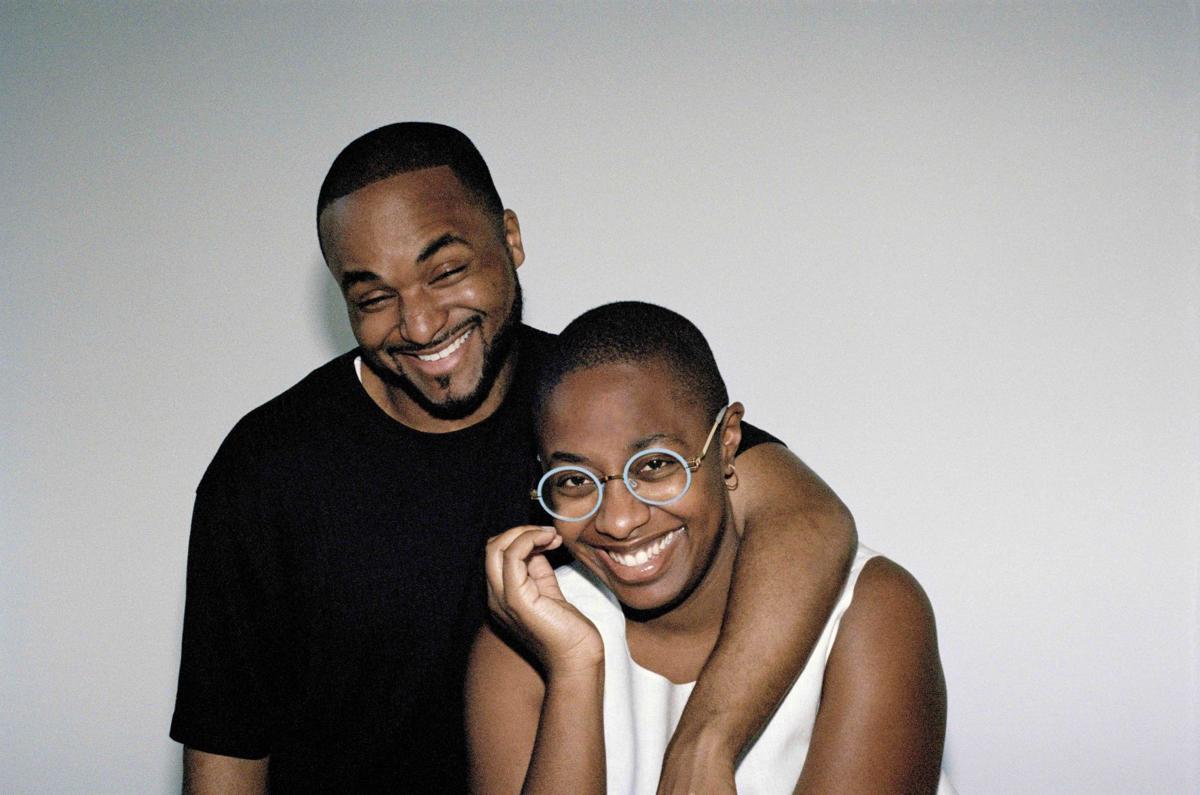 “It’s very rare that we’ll actually talk about music. We never practice together,” Fortner told the New York Times, explaining that they’re more likely to visit a museum in their off hours. “Her awareness of all of the arts informs her music, and it’s taught me to kind of do the same.”

Whether you are new to Cécile McLorin Salvant or own all of her previous albums, her latest recording is a must listen. “Ghost Song” features seven original songs and five interpretations on the themes of ghosts, nostalgia, and yearning. “It’s unlike anything I’ve done before—it’s getting closer to reflecting my personality as an eclectic curator,” says Salvant. “I’m embracing my weirdness!”

She also continues to embrace her collaborations with Diehl and Fortner. Fortner is credited for piano, vocals and Fender Rhodes on various tracks, along with a co-producer credit for the album. Diehl joins three tracks on piano and pipe organ.

Of the varied instrumentation, Salvant told Grammy.com, ““It's all something that's reflective of my life and the people around me. For instance, something like the pipe organ is there just because of [pianist] Aaron Diehl, who plays the pipe organ on the album. He has such a love for that instrument; and he kind of introduced it to me. He took me to my first pipe organ concert. And I really feel in love [with the pipe organ] as well. So, I thought it would be fun to do something with him playing the organ.”

The reviews have been glowing!

“Ghost Song” is her first album to feature more originals than covers, and it breaks away hard from the sounds and structures of small-group jazz, which Salvant had been treating as a kind of gilded cage. At the same time, she’s keeping her links to the past, through the mixing bowl of styles she writes in and the covers she’s included. Some tracks feature a banjo, a flute and hand percussion, but no bassist or drummer. On one, a cathedral-grade pipe organ pushes the piano aside. All together, the result is her most revealing and rewarding record yet.

On “Ghost Song,” she’s also on a mission to punch up the jazz ballad for the 21st century, and she does two covers that could well become new standards: Sting’s plangent “Until,” and Gregory Porter’s triumphant “No Love Dying” (which she and Fortner deftly combine, on Track 2, with “Optimistic Voices,” a chipper tune from “The Wizard of Oz”).

She has written a moving ballad of her own, too: “Moon Song,” a kind of companion piece to the album’s bluesier, aching title track. “Moon Song” has the aesthetic of classic jazz, with Diehl leading a piano trio behind her, but its words meditate on the dangers and discomforts of love, in a way that few old standards do.

“The album’s cohesion relies heavily on pianists Sullivan Fortner, who also co-produced, and Aaron Diehl. There’s a third pianist, too. The dense tone clusters of “Trail Mix,” a brief solo-piano piece performed by Ms. Salvant, hint at the spirit of Thelonious Monk and, perhaps, at a song not yet born.”

Cécile McLorin Salvant's Ghost Song, which Nonesuch released last Friday, represents more than another superlative effort from the most heralded jazz singer of our age. It's also Exhibit A for a pivotal turn in her artistry, the sign of an opening with respect to her methods and materials.

The first song is a stunning, ethereal cover of Kate Bush’s Wuthering Heights; the last, Salvant’s take on English folk song The Unquiet Grave. They’re the key to this conceptual album about love, loss and what it means to be alive. “If you listen to it on a loop, you realise that the first song is connected to the last song,” she reveals. “I wanted to start with somebody being haunted by the past, and to end with a living person haunting a ghost.”

It’s hard not to imagine more Grammys coming Salvant’s way for Ghost Song – but she has already had the ultimate validation for the album. Her parents “love the album”, she says. “That means the world to me.”

The ghost-themed narratives of Cécile McLorin Salvant’s dazzling new release begin with a pitch-perfect reading of Kate Bush’s “Wuthering Heights” and end with the traditional lament “Unquiet Grave”. In between, the American vocalist visits Brecht, Weill and musicals and creates lyrics from a letter the photographer Alfred Stieglitz wrote to his wife Georgia O’Keeffe; the reflective, lute-supported lyricism of “Dead Poplar” belies its title.

"Ghost Song" is available now at Nonesuch Records and her NYC album debut is May 12 at Jazz at Lincoln Center. We will be listening on repeat until she joins us for the 2023 Awards!