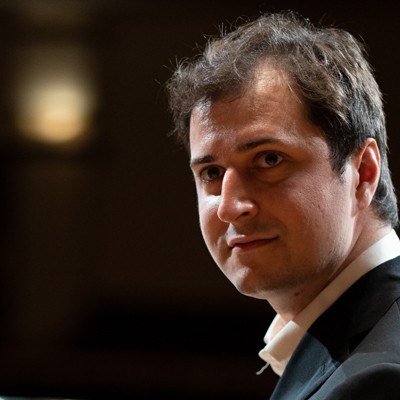 From the New World
Gwangju Symphony Orchestra with Kenny Broberg

Since 1976, Gwangju Symphony Orchestra has presented high-quality performances more than 70 times yearly. In April 2021, Hong Seok-Won was appointed as the 13th art director. With young conductors and members with passion and love for music, it has presented outstanding performances with the world's great artists such as Paul Lewis, Stephen Hough, Alexei Volodin, Angela Gheorghiu, Kun-Woo Paik, Seong-Jin Cho, Yeol-Eum Son, Yekwon Sunwoo, and Yunchan Lim. Kenny Broberg captured the silver medal at the 2017 Van Cliburn International Piano Competition and a bronze medal at the 2019 International Tchaikovsky Competition as well as prizes at the Hastings, Sydney, Seattle and New Orleans International Piano Competitions, becoming one of the most decorated and internationally renowned pianists of his generation. Kenny Broberg appears as winner of the 2021 American Pianists Award and Christel DeHaan Classical Fellow of the American Pianists Association.