Kenny Broberg at University of Indianapolis 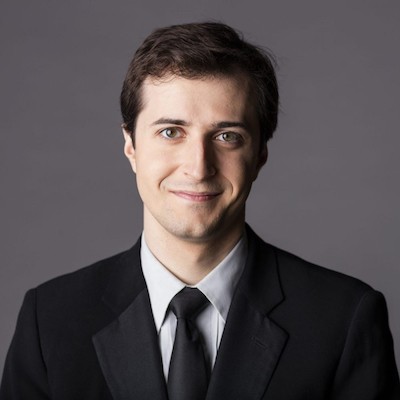 At Christel DeHaan Fine Arts Center at University of Indianapolis

Kenny Broberg is the winner of the 2021 American Pianists Awards and the Christel DeHaan Fellowship, and he is Artist-in-Residence at the University of Indianapolis. Broberg is a Minneapolis native who also won the silver medal at the 2017 Van Cliburn International Piano Competition and the 2019 bronze medal winner at the International Tchaikovsky Competition, as well as winning prizes at the Hastings, Sydney, Seattle, and New Orleans International Piano Competitions. Kenny has appeared with the Royal Philharmonic, Seattle Symphony, Indianapolis Symphony, and the Louisiana Philharmonic Orchestras, among others. Recent and upcoming highlights include his debut with the Kansas City Symphony Orchestra, residencies at the Montreal Symphony’s Festival Virée Classique, Rye Arts, Methow Chamber, Strings, and Sunriver Music Festivals, recitals in Houston, Denver, Pittsburgh, Los Angeles, and Minneapolis, and in tours of Japan, Australia and Italy. He has been featured on NPR, WQXR, APM’s Performance Today, MPR and ABC (Australia) radio. Kenny is recording an album for the Steinway and Sons Label to be released in 2022. Kenny studied for nine years with Dr. Joseph Zins before entering the University of Houston’s Moores School of Music, where he earned a Bachelor of Music degree with Nancy Weems in 2016. He currently resides in Parkville, Missouri, where he studies with Stanislav Ioudenitch at Park University.

This concert will be live-streamed at
https://www.twitch.tv/uofindianapolismusic

THE FOLLOWING IS SUBJECT TO CHANGE:

The concert will also be open to limited, socially-distanced, in-person audiences.  COVID-19 information and policies:
https://www.uindy.edu/coronavirus/campus-visitors

All audience members must be approved for campus presence via this health check link:
https://healthcheck.uindy.edu/health-check-visitor/