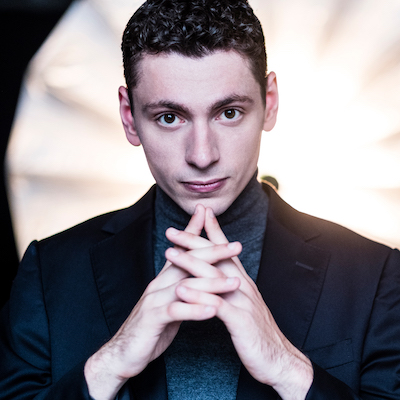 Dominic Cheli (26) won first prize at the Concert Artists Guild Competition and was named winner at Music Academy of the West Concerto Competition in 2017. Dominic has performed with symphonies including San Diego, Columbus, Princeton, and Virginia as well as Nordwestdeutsche Philharmonie. Most recently, Dominic had his Carnegie Hall recital debut, and Naxos released his second album featuring the music of Liszt and Schubert. He debuted at several festivals including the Aspen Music Festival, Mostly Mozart Festival, and the Virginia Arts Festival. Dominic has performed as an artist for Project: Music Heals Us, a non-profit organization that presents interactive classical music performances to diverse audiences in order to provide encouragement, education, and healing with a focus on elderly, disabled, rehabilitating, incarcerated, and homeless populations. He holds a Bachelor of Music degree from the Manhattan School of Music, a Master of Music degree from Yale University and an Artist Diploma from Colburn School. His past teachers include Zena Ilyashov, Peter Frankl, André-Michel Schub, Sylvia Rosenberg and Fabio Bidini.