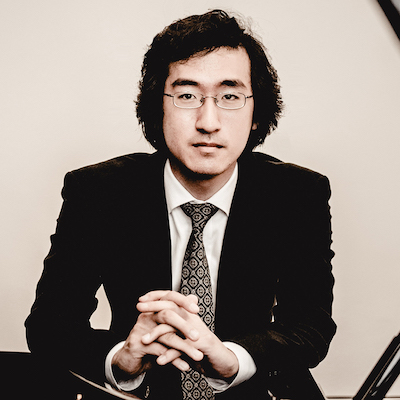 Sahun Sam Hong (25) was the winner of the 2017 Vendome Prize at Verbier, and received second prize at the 2017 International Beethoven Competition in Vienna and was a finalist in the 2018 International German Piano Award and 2017 American Pianists Awards. On the roster of Young Steinway Artists since 2010, Sam has been featured as a guest soloist with the ORF-Vienna, Milwaukee, Indianapolis, Camerata New York and Waco Symphony Orchestras. A prolific arranger of chamber music and orchestral works, Sam's arrangements have been performed all over the world. He organizes annual tours of these arrangements through his own agency, Subito Arts. As a chamber musician and collaborator, Sam has appeared in festivals such as Ravinia’s Steans Music Institute, Chamber Music Encounters at Lincoln Center, and the Taos School of Music. His recent collaborations include performances with Itzhak Perlman, Colin Carr, Ani Kavafian, Ida Kavafian, Daniel Phillips and Steven Tenenbom. At the age of 16, Sam graduated magna cum laude from Texas Christian University (TCU) with a Bachelor of Music degree in Piano Performance, having studied with John Owings. He is currently a student of Leon Fleisher in the Doctor of Musical Arts program at the Peabody Institute of the Johns Hopkins University.