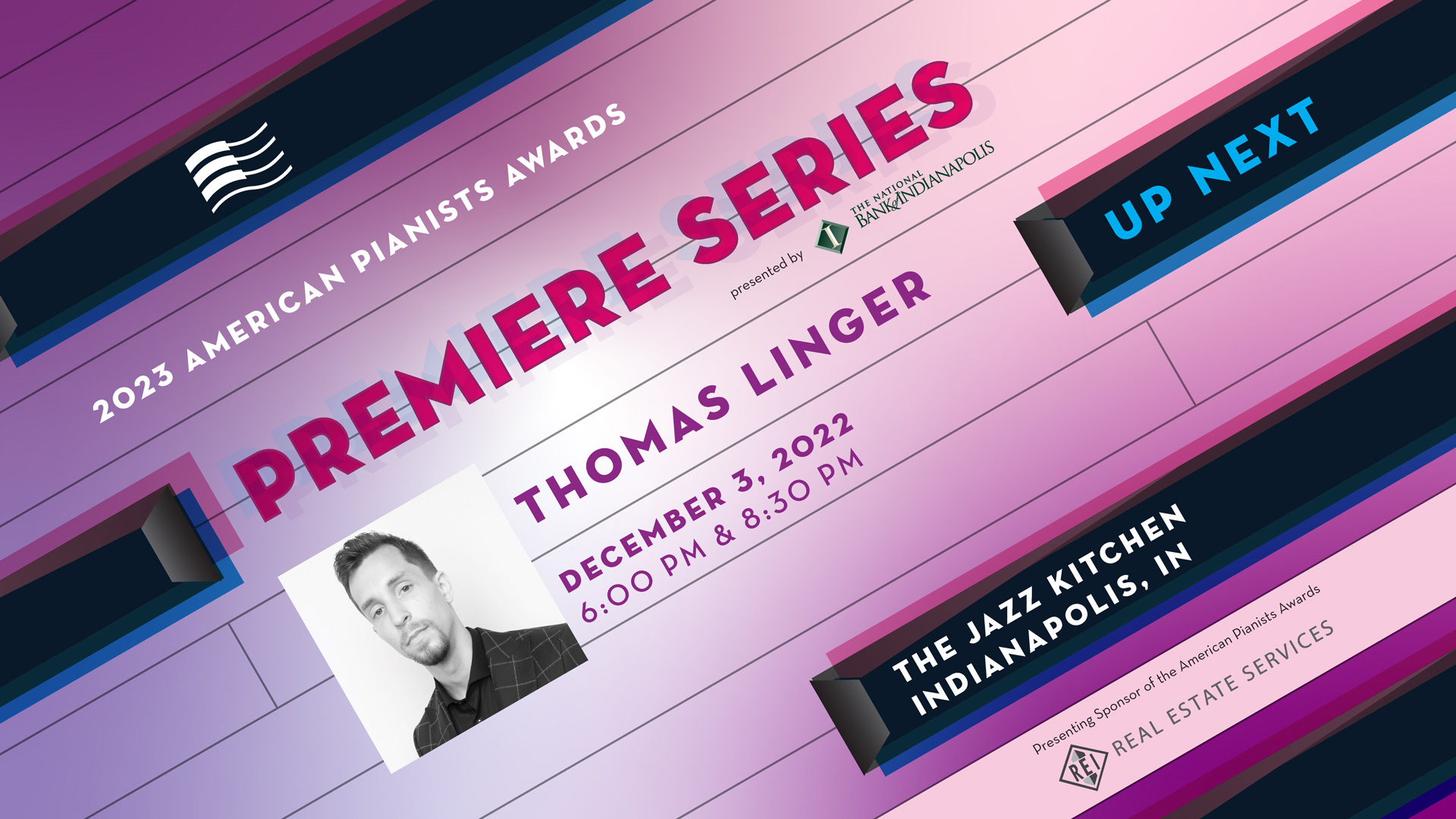 May 25: Dizzy's Club Jazz at Lincoln Center Early Set
May 25, 2022 was the debut showcase of the five finalists of the 2023 American Pianist Awards – Caelan Cardello, Esteban Castro, Paul Cornish, Thomas Linger and Isaiah J. Thompson. Each pianist will compete for the prestigious Cole Porter Fellowship, given every four years to an American jazz pianist at the conclusion of the organization’s unique 18-month competition. The 2023 American Pianists Awards promise to be one of the most competitive yet, providing winners with cash, two years of career advancement and support (valued at over $200,000). Past winners read as a who’s who of dominant new voices on the global jazz scene: Emmet Cohen (2019), Sullivan Fortner (2015), Aaron Diehl (2011), Dan Tepfer (2007), Adam Birnbaum (2004), Aaron Parks (2001), Jesse Green (1998), Rick Germanson (1996), Kevin Bales (1994) and Jim Pryor (1992).
Our livestreams are supported by the Indy Arts and Culture Restart & Resilience Fund: An Arts Council of Indianapolis program made possible by Lilly Endowment Inc.
Follow/subscribe on Facebook and YouTube to watch future livestreams!